Generator G-3 & G-4 were each designed with two new burners fired as a single burner. The combustion control system is a fully metered cross linked fuel-air control system utilizing Siemens 353 controllers. The burner management system is an Allen Bradley Compact Logix PLC based system. The burner management and combustion control system was setup with a touch screen Human Machine Interface (HMI) at each generator to provide ease of use and operator instructions. These systems were integrated to a front end OPC server via modbus communications portocal. The control room was equipped with three HMI workstations with 24″ graphics screens and three (3) 46″ wall mounted graphics screens for continuous system monitoring.

The new and existing flue gas economizers were set up in what we refer to as a sidecar application on the HTHW return to the plant in order to circulate the coldest water possible to maximize their efficiency. 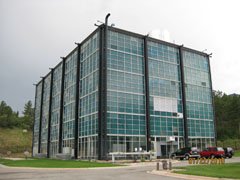 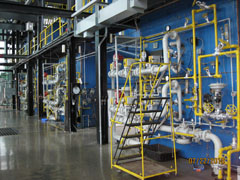 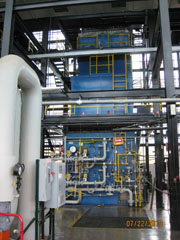